One year on from some of London’s most severe surface flooding, comparative photography can help us trace the cycle of shock, cleanup, and forgetting that surrounds environmental disasters.

Ask anyone who was in London for the torrential rainstorm of 25th July last year what they remember of the floods and their face might cloud over a little. They’d be recalling how fast the water grew, how quickly it gathered force. They may even recall a brief brush with real danger, like people being rescued from sinking vehicles because the water had come up so high it was almost past their windows.

The sheer intensity of living through floods is hard to capture, even amongst other kinds of climate-related disruption. Photographs of flooded streets can convey very little of what a place was like before the water rose, of what has been lost in its sudden transformation. Comparative photography is one of the best tools for retrieving that context: the Atlantic memorably used it in 2014 to commemorate the 70th anniversary of D-Day, and it works just as well across the chasm of geographical transformation as it does across time. And so, earlier this year, we sent photographer Paul Reinhard all over London to capture four of the worst-hit locations in the dry. 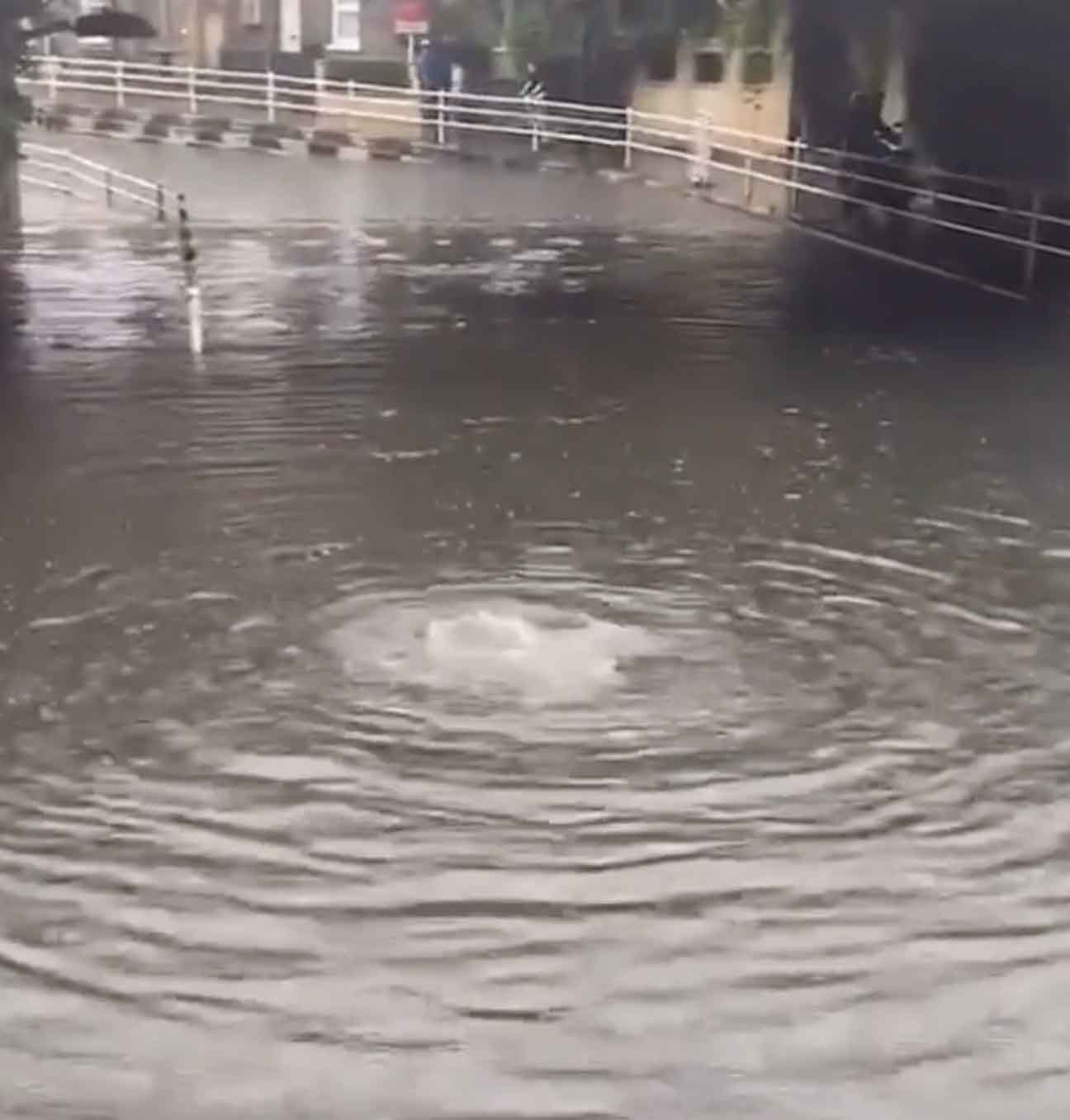 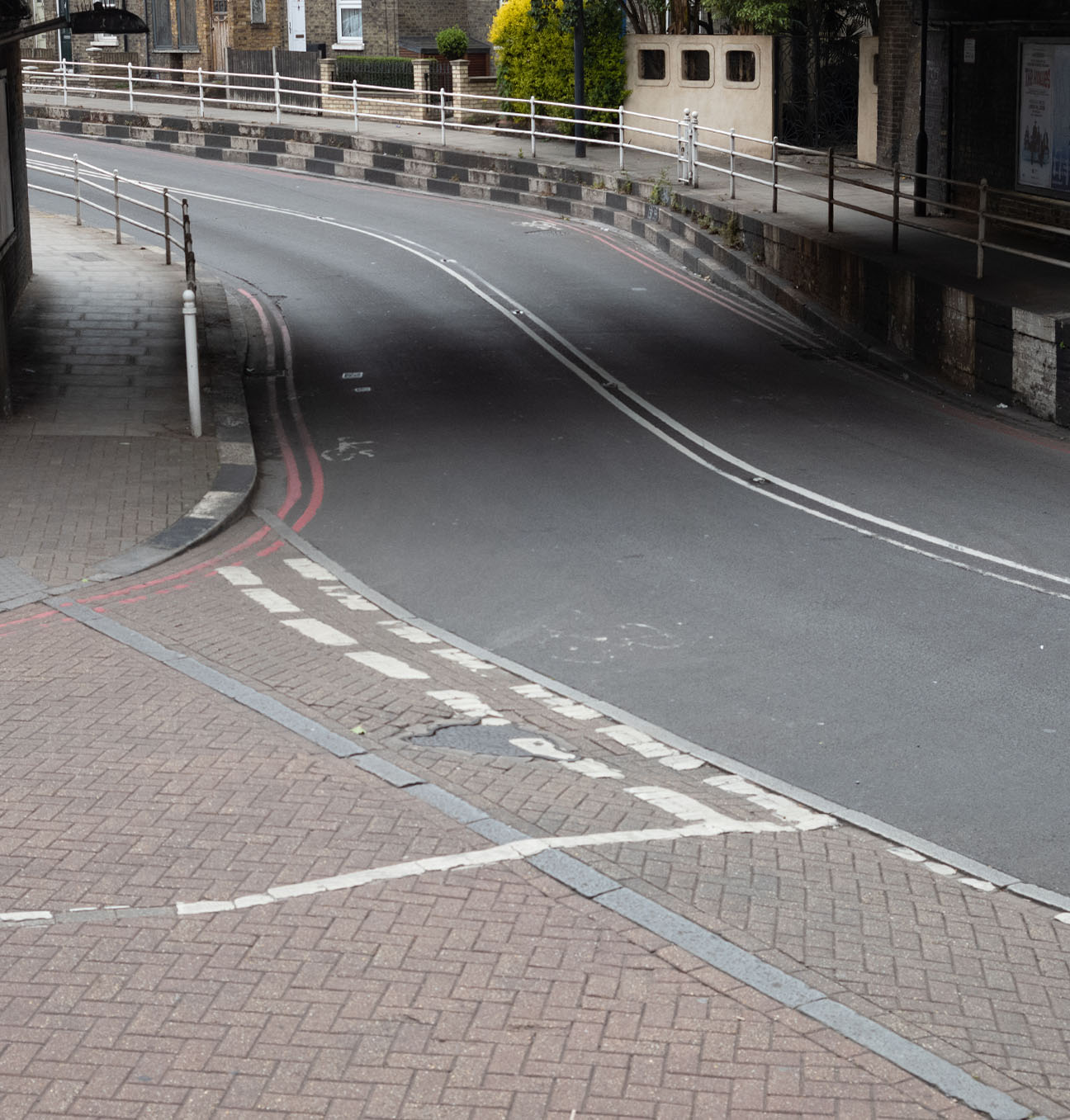 The aura of danger surrounding flooding makes sense. It has a long and dark history, particularly in London. The Thames burst its banks on a Friday night in January 1928, killing 14 people, most of whom drowned in their basement flats after the embankment walls at Lambeth Bridge and Chelsea collapsed. Another tidal surge struck in 1953, crushing houses and snapping phone and electricity wires along the coastlines of southeastern England, Belgium, and the Netherlands, and killing 307 people in England alone. Three children were swept away during torrential rain in Edgware in late June 1982. Overall UK rainfall has barely changed in recent decades, but its extremes are increasingly frequent. 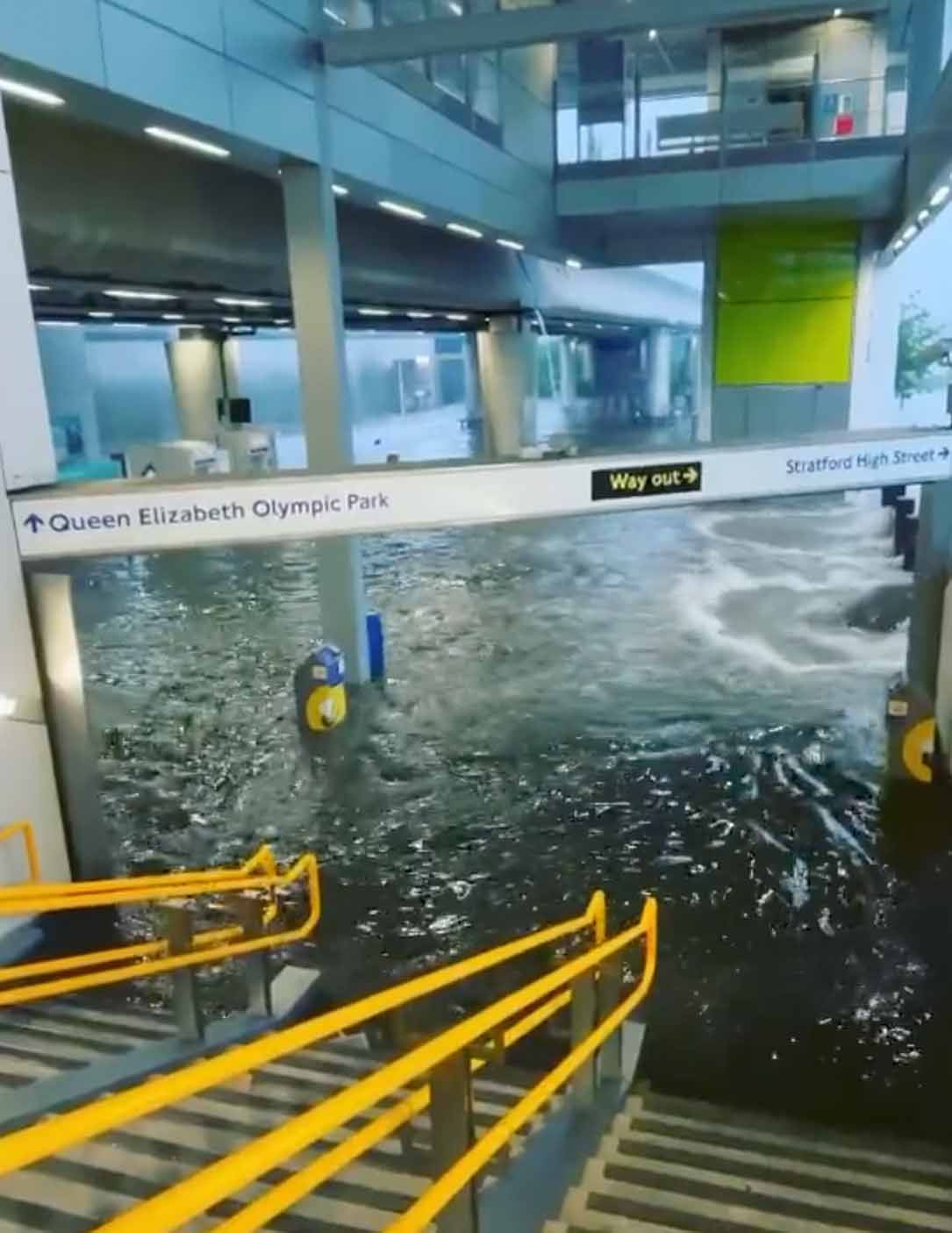 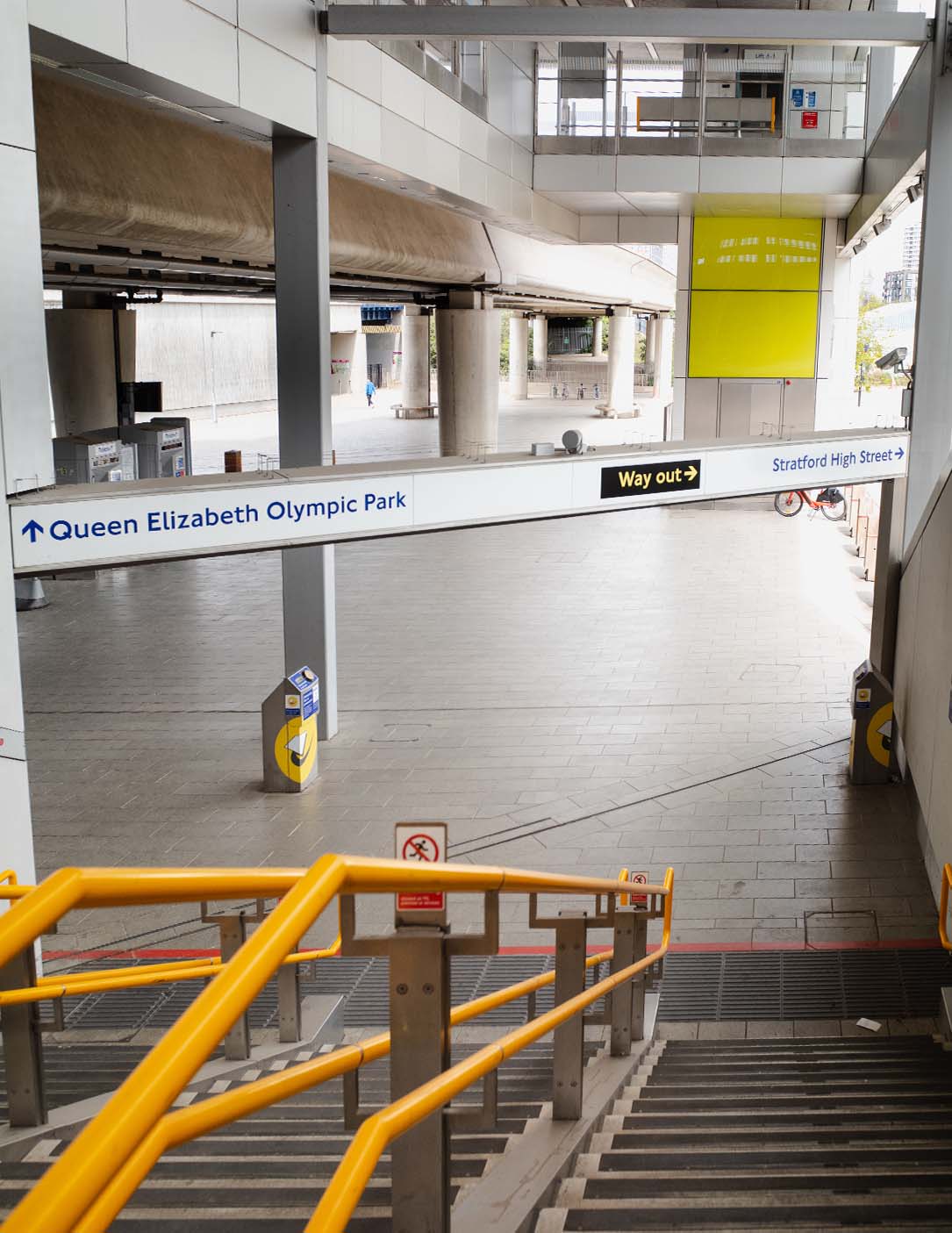 On 12th July last year, twice the average July precipitation fell—mostly hitting northeast and southwest London—in the space of two hours in the late afternoon. London Fire Brigade’s control room was so inundated that it asked every other control room in the UK to answer emergency calls on its behalf. Less than two weeks later, on 25th July, another torrential rainstorm forced 14 London Underground stations to fully or partly close, and two hospitals had to evacuate patients. By the end of that day, the fire service had attended 759 incidents. 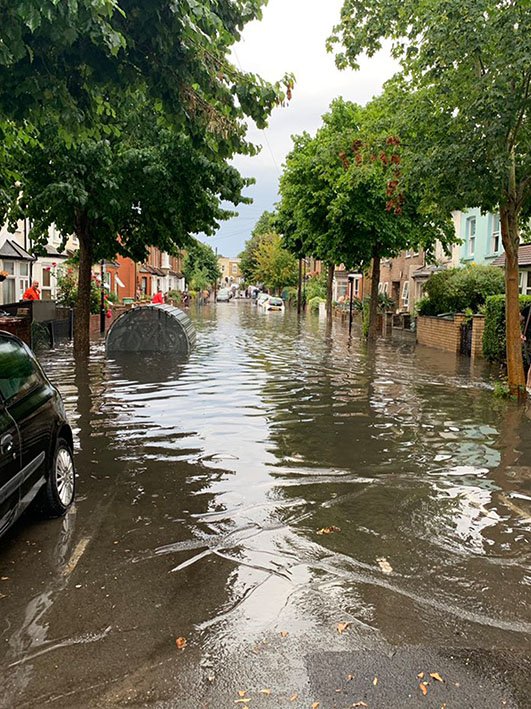 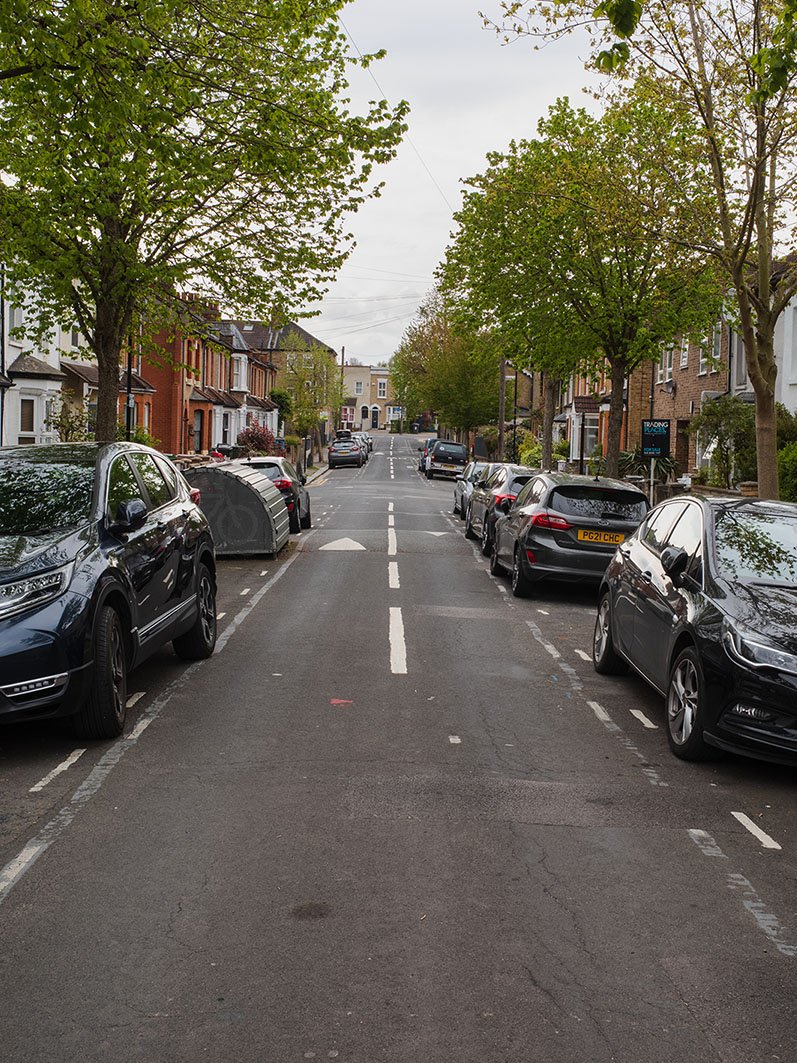 In many ways, the experience of directly comparing two such different photographs of exactly the same place is bizarre. It exceeds even the surreality of floodwater streaming through train ticket barriers or half-submerged on-street bicycle parks. This form of visual comparison confronts you with the difference in water levels, the way that photographs from the flood look chaotic and full of motion, and the way that dry stills look so clean and tranquil by contrast. More than that: looking at comparatively peaceful images of these sites brings them back to Earth and grounds them emotionally as places where people live, not just disaster zones. 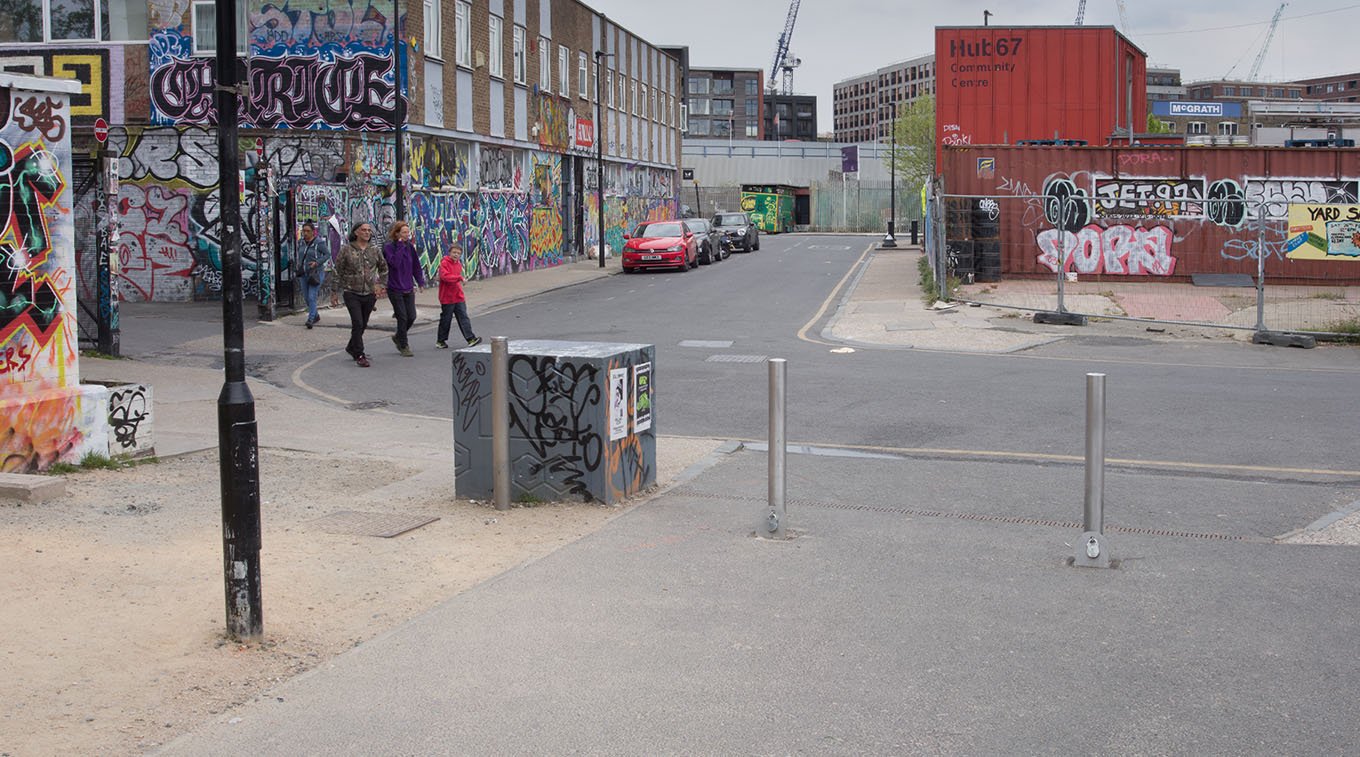 London won’t return to the devastating tidal surges of 1928 and 1953, at least not for a while—even if the Thames Barrier is forced to close more and more often—but extreme rainfall is a different beast. Flash floods are incredibly dangerous. The infrastructure that protects people from surface water in urban areas is distinct from coastal defences and trickier to install over existing infrastructure. Where it can’t protect people, they will have to build and fund their own informal defences and hope for the best.

“Anyone got a boat?” someone called at Hackney Wick, wading through the floodwaters. No one did. ▪️

London floods: On microphones and water